Tim works in educational research and evaluation.  Much of his work focuses on improving outcomes for children that are disadvantaged. Originally from Driffield, he has lived in Willerby since 2007 and has twin boys at Willerby Carr Lane Primary School.  Outside of work, he still has a forlorn hope of making it in the music business.

Claire has worked in HR for the East Riding of Yorkshire Council for 14 years, with over 7 years experience as a HR locality lead to a number of schools across the East Riding.  She has 2 very happy children who currently attend our school who thrive in experiencing the vast range of curriculum and additional activities available to them.  She is proud to be part of the Governing Body and what we can contribute as a team in support of the continuing success of WCLPS.

I have been the deputy at Willerby Carr Lane since 2002. I have two grown up children and a chihuahua.  I am the subject leader for English and currently teach a year 5 class. My passion is reading. My ambition is for every pupil at our school to develop a love of reading; to enjoy listening to and sharing stories and reading books for themselves.

Kerry Boughen is a parent governor who works within the safeguarding children arena and is a registered nurse. She has 2 sons, one who happily attends Willerby Carr Lane Primary School. Kerry has a keen interest in promoting the safety and well-being of children and young people and enjoys supporting the school in achieving this.

Daniel Britton has been a governor for 8 years, initially as a parent but has since carried on the role as a co-opted governor. He works as a Teaching Assistant at a local primary school and with a background in IT, enjoys helping to develop the computing curriculum and find ways to enhance teaching and learning through  technology.

Debbie has been a teacher at Carr Lane since 1995 and has taught throughout Key Stage 1. She has a daughter currently doing A levels at Wolfreton who was also a former pupil at Carr Lane. Debbie leads Art and Design and is also the deputy Maths Mastery Co-ordinator. She strongly believes that all children should be treated as individuals and endeavours to bring out the best in each and every one of them.

Mr Clark has been a Co-opted Governor since 2016 and has two young boys who both attend WCLPS. He has been a secondary school teacher since 2001 and is currently a middle leader at Kelvin Hall School in Hull.  In his spare time he coaches the under 7 Westella and Willerby Wolves football team.

Matthew is a fully qualified accountant and is employed as Head of Finance for Medicine at Hull and East Yorkshire Hospitals NHS Trust, previous to this role he worked for 10 years at Hull University within their Finance department. He has two children who attend Willerby Carr Lane Primary and their development and happiness is of paramount importance; with this in mind Matthew is very proud to support the school and its students, staff and facilities in the role of governor.

Mrs D’Arcy has been a Co opted Governor since July 2017. She has 2 daughters both at WCLPS so a vested interested in the school from a personal perspective. Mrs D’Arcy’s professional life is in PE and School Sport across East Riding and therefore has the role of PE and Sports Premium Governor for the school.

Ron Dickinson has been a governor at the school for over 20 years, many of them as chair. Both of his children attended Carr Lane although when they came it was actually separate infant and junior schools.  His wife also works at the school. He used to own a large plumbing and heating company.

Being passionate about children I joined the education scene at Carr Lane 25 years ago. Intrigued with the world of Special Education Needs I have progressed to now being the school’s Inclusion manager. I have two sons (who previously attended Carr Lane) and two adorable grandsons. My other passions in life are sport, dancing and baking.

Jane Partis was voted as a Parent Governor in April 2018. She is medically retired and was a Senior Biomedical Scientist in the Cytology laboratory based at Hull Royal Infirmary. She has 4 children. An older son who is currently in the Royal Marines, an older step-daughter who is a journalist and two younger children who are pupils at Willerby Carr Lane Primary School. Both have special educational needs. She also has two cats!! She believes that all children should have the right environment to thrive at their own pace and that schools should be able to work with parents to ensure a child reaches their maximum potential.

Mr Smith has been Headteacher of the school since 2008.  He has 2 grown up daughters (who previously attended the school) and a Cavachon dog, Albert, who comes in to school occasionally to listen to children read.  He leads on assessment in the school and believes that children should be happy and confident if they are to thrive. 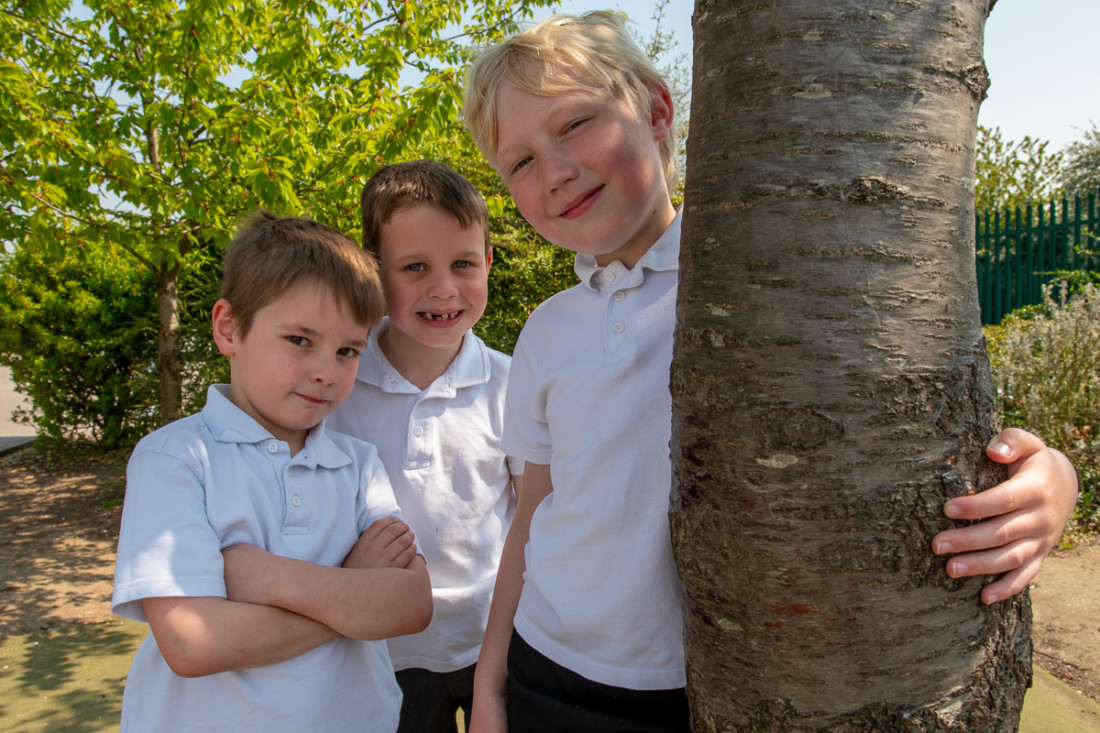